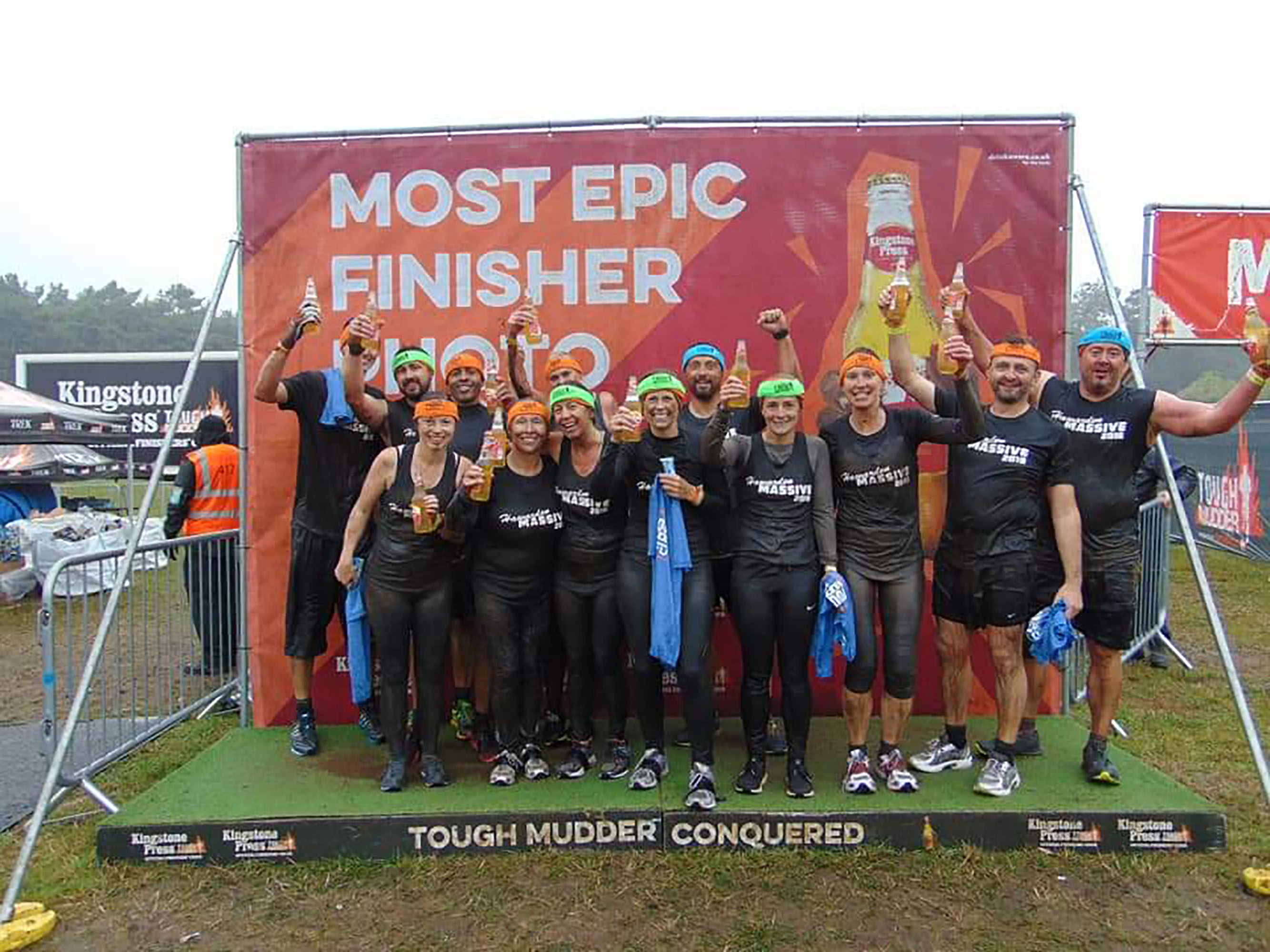 For the second year running, Delyth Jones, a customer services representative here at McCarthy Group has signed up with a group of 10 friends for the Tough Mudder Classic at Cholmondeley Castle in Cheshire on September 7.

This year, she has pledged to use the challenge to raise money for Prostate Cancer UK after her much-loved Dad, Barry Hickman, 70, of Drury, was given the all clear from the disease two years ago.

Delyth, 47, who is married to Glen and has two children, Ciaran, 15, and Erin, 11, said: “My Dad is a very important part of the family. He helps out a lot and he’s a very caring man who loves nothing more than spending time with his grandchildren and enjoying a round of golf. 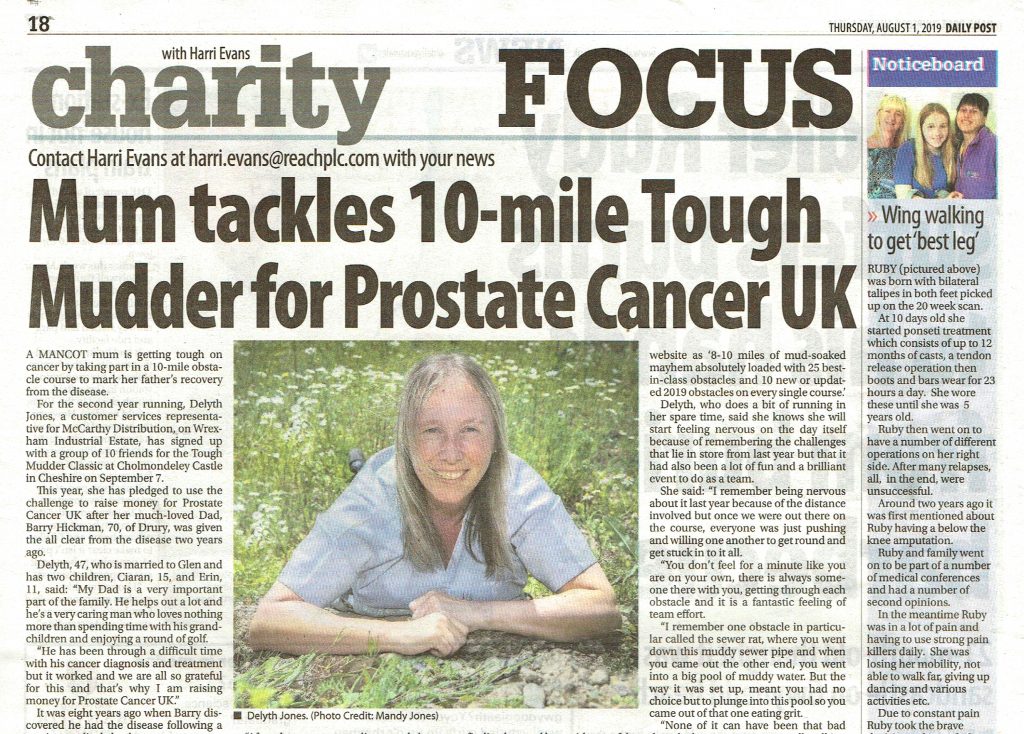 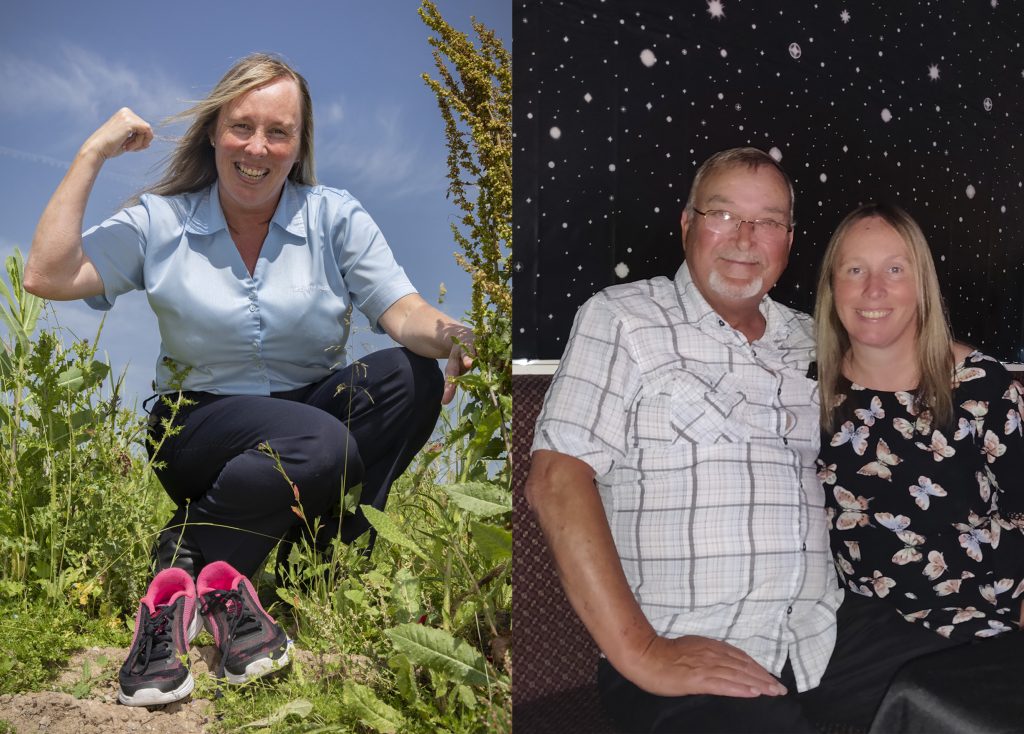 “He has been through a difficult time with his cancer diagnosis and treatment but it worked and we are all so grateful for this and that’s why I am raising money for Prostate Cancer UK.”

It was eight years ago when Barry discovered he had the disease following a routine medical check-up.

Delyth said: “My dad was a foreman for a chemical engineering firm and regular medicals were very much part of his career and it was something he just carried on into retirement.
“After the cancer was discovered, he underwent an operation to have the affected area removed, followed by radiotherapy and then he was given a trial drug.

“Every time he had a blood test, they were finding less and less evidence of the cancer until, in the end they said it had disappeared altogether so we feel very lucky about that.”

The Tough Mudder challenge is not for the faint hearted and is described on the website as ‘8-10 miles of mud-soaked mayhem absolutely loaded with 25 best-in-class obstacles and 10 new or updated 2019 obstacles on every single course.’

Delyth, who does a bit of running in her spare time, said she knows she will start feeling nervous on the day itself because of remembering the challenges that lie in store from last year but that it had also been a lot of fun and a brilliant event to do as a team.

She said: “I remember being nervous about it last year because of the distance involved but once we were out there on the course, everyone was just pushing and willing one another to get round and get stuck in to it all.“You don’t feel for a minute like you are on your own, there is always someone there with you, getting through each obstacle and it is a fantastic feeling of team effort. “I remember one obstacle in particular called the sewer rat, where you went down this muddy sewer pipe and when you came out the other end, you went into a big pool of muddy water. But the way it was set up, meant you had no choice but to plunge into this pool so you came out of that one eating grit.
“None of it can have been that bad though because we were all talking about doing it again next year by the time we had finished!”