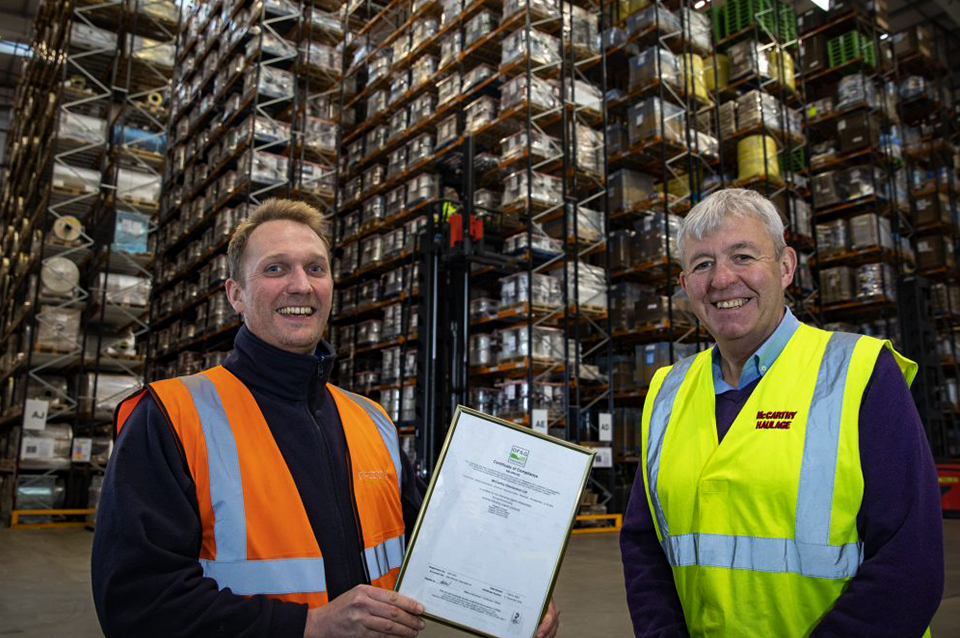 Posted at 22:50h in Business by admin

Securing a contract with the UK’s top quinoa grower has opened up a new market and prompted McCarthy Distribution to gain official accreditation to store organic food at their our £3 million warehouse on Wrexham Industrial Estate.

The go-ahead firm is aiming to increase turnover to £15 million, creating 30 new jobs in the process. The strategy to take the firm to the “next level” includes increasing warehouse capacity and taking on contract packing work. The state-of-the-art Elm Point warehouse complex that opened in 2019 already had accreditation from the British Retail Consortium (BRC). As a result of the agreement with British Quinoa, McCarthy have now also gained approval from Organic Farmers and Growers (OF&G) to store organic foodstuffs.

The accreditation process has been led by McCarthy consultant Mike Scott.

He said: “We’re delighted to be working with a market leader like British Quinoa who are based just across the border in Oswestry.

“It’s particularly exciting because the organic accreditation has the potential to unlock a whole new market for us.

“British Quinoa needed a new storage facility to handle their product for them so they came down and had a look at what we were doing. 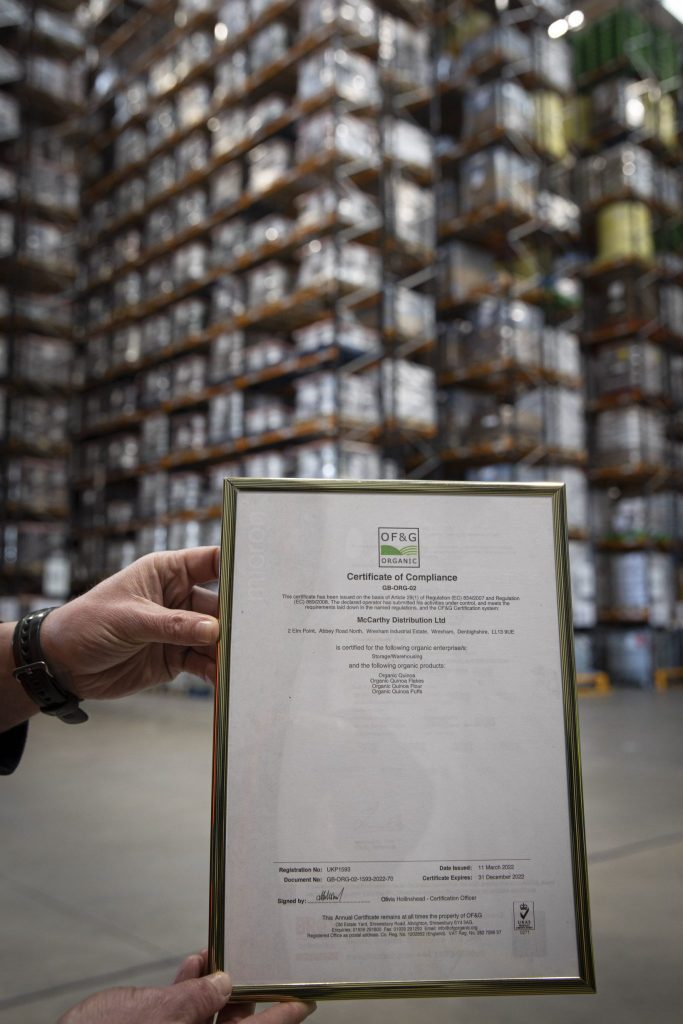 They were impressed with our modern facilities and that we already had the quality kitemark of the British Retail Consortium.

“We were only too pleased to go one step further and gain the approval of the OF&G.

“The accreditation of our quality standard gives our customers peace of mind that we are a highly professional organisation.

“All organic products are stored appropriately in a designated area of the warehouse.

“The accreditation is proof that you are managing everything effectively.”

Managing director Mike McCarthy added the British Quinoa contract underlined the importance of investing in the new 42,000 sq feet warehouse complex, which has an extra 10,000 sq ft canopy area outside for loading and unloading.

An additional £500,000 was spent on forklift trucks and racking in the 18 metres high building.

“The market in organic food is growing exponentially and this is a great opportunity to tap into that market.

“The market is not a static environment, so we need to be looking at what’s going on out there and responding to the needs of the market.

“This is another example of McCarthy Distribution raising our game. Our employees understand what we’re trying to do and it challenges them as well in terms of making sure that we have embarked on a constant quest to improve our standards even more.

“I think that companies that don’t produce organic foods at the moment will just look at us and say there’s another tick in the box in terms of quality assurance, regardless of whether need to store organic product.

“We are now reaping the rewards of our investment in the Elm Point warehouse which is a staging post on the road to future growth.”